Academia is not a meritocracy.

(And here’s a dirty little secret : Neither is any other professional field).

You would think that smart people – especially social scientists – would have internalized this rudimentary kernel of truth.  But we haven’t.

The myth of academic meritocracy persists mainly in two forms: 1) a collective obsession with academic rankings and status markers and 2) the hysteria that surrounds so-called “stars”.

Academic rankings and hierarchies continue to signal to our undergraduate and graduate students that certain departments are better than others.  These same departmental and institutional reputations are taken seriously in hiring decisions.  The most highly ranked journals are routinely framed as the most important and legitimate gatekeepers of scholarly research.  Prestigious fellowships and awards are often framed as supporting the “best” and the “brightest” academics in their respective fields.  And, all too often, the folks that publish in the most prestigious journals and win these highly prized jobs, fellowships, grants begin to drink their own koolaid.

The meritocratic myth is also bolstered by what Durkheim refers to as the “cult of the individual”, the myopic focus on individuality that characterizes modern Western societies. In academia, this takes the form of a routinized, habitual recognition of intellectual work as the product of individual genius and effort.  Every year, graduate programs, hiring committees and publishing houses salivate over the latest “stars” – folks who are spoken of in hushed tones as Messiah-like figures who walk on water.

Now the thing about those Messiah-like figures?  They’re usually white.  And whadya know? They’re also usually male.  Chances are?  They’re probably straight, too. And when they’re not white and male and straight?  They probably hail from a top-ten ranked graduate program and/or have an Ivy League degree and/or second generation academic status and/or middle/upper-middle class background and/or are particularly well connected and/or are able-bodied and/or .. Well, you get the picture.

The fact of the matter is, we are trained to believe that the best, the brightest and the most hardworking get the most professional recognition, but this could not be farther from the truth.  The exploitation of contingent faculty is a growing, often ignored crisis in higher education. Institutional and interpersonal discrimination counter efforts to produce a more inclusive academe.  Professional and personal networks, nepotism, clientelism, elitism and all sorts of other -isms disprove the meritocratic myth.

Aside from luck and various forms of privilege, the number one factor in academic success/survival is resilience in the face of rejection and failure.

The vast majority of academics are never, ever going to be considered “stars” in their field. They may be respected and well-regarded by the very few people who have actually read their work.  But those who are considered to be at the top of their field?  They’re not necessarily doing the best, most cutting-edge, thoughtful or paradigm-shifting work.  You know why? Because . . .

Academia is not a meritocracy.

In academia, as in most endeavors, recognition ≠ quality. Success in this field is not governed or guaranteed by genius, worthiness or even work ethic. The hardest working, most thoughtful academics are not always the most rewarded. And clearly, the most-deserving aren’t always rewarded either. Wildly “successful” and ordinary academics alike, the folks who benefit from layers of privilege and the ones who have overcome multiple dimensions of disadvantage usually have one thing in common: Resilience.  They struggle with their inner critic.  They doubt their capabilities.  At some point – usually early in their career – they were told that their ideas were bullshit. Their manuscripts and proposals get rejected.  Their projects fail.  Their paper submissions get ripped apart by ruthless reviewers.  The book doesn’t sell.

Add to this the micro-aggressions experienced by faculty who are women and/or non-white and/or queer.  The racist and sexist remarks. The stress of managing minority status. The mentors, colleagues or students who question your abilities or directly disparage your presence, your work or both.

Resilient academics deal with all this shit, eyes wide open.  Not only do they deal with disappointment, discouragement and failure – they expect and plan for it.

They re-submit the paper. They re-frame the argument. They send the manuscript to another journal. They get angry and hurt and pissed and bitch and moan.  They commiserate over wine and whiskey with people who can understand.  But at some point, they:

We brush off our shoulders because resilience is what is required in this line of work.  It isn’t always rewarded, but it is required. And, at the end of the day, resilience is its own reward. The fabulous Tanya Golash-Boza has a whole blog article about resilience and rejection that you should read right now!

I say this because it is not said enough.  It is however, said, in the vitally important book “Mentoring for Faculty of Color“.  As Andrea Smith writes in her chapter: “If we start to realize that academia is not a meritocracy, then we are less likely to be fooled by the lie that we need to dispense with our lives in order to do quality scholarship.”  People of color and folks who experience other forms of marginalization need to hear this message loud and clear. 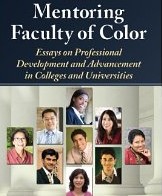 For me, practices of self-care and holistic wellness are the building blocks of my life.  I have learned, over the last few years, to prioritize my well-being above everything else.  If I’m not replenishing my mind, body and spirit, then I can’t be a good partner, daughter, friend, mentor, educator or researcher.  I think, blog and talk so much about eating healthy food, setting aside time to rest, exercise, tend to my body, meditate and cultivate stillness because these are the fundamentals. Without a strong foundation of self-care, it is impossible to thrive in academia or any other professional field.   This is especially true for people who experience marginalization.

Taking care of yourself — mind, body and soul — is what real resilience is all about.  It’s about loving yourself in the midst of feelings of failure and rejection.  Refusing to let external recognition determine or circumscribe how you value contributions.  Cultivating a higher purpose to guide you when shit hits the fan. Because shit is going to hit the fan.  Trust.

The academics who inspire and edify me the most are not necessarily the most highly cited. Many weren’t even widely recognized until after death.  And among the living, those scholars who are most committed to promoting social justice and un-doing various forms of domination are not usually the same people who are the presidents of universities, the editors of the “prominent” journals, the gatekeepers of institutional privilege and prestige.

Academics who wish to do something more than genuflect to the system that produced them must consciously confront and transcend the bullshit they’ve been trained to internalize. Transcending said bullshit requires letting go of the idea that genius and hard work are always rewarded in this business.  They aren’t.  People have all kinds of unfair advantages. And, as sociologist Kerry Ann Rockquemore astutely points out, the criteria used to evaluate academic work are profoundly subjective.

As a conscious academic, you need to have your own vision of 1) why you’re in this line of work in the first place and 2) the kind of life you want to live.  Note that I did not say “the kind of basic, mediocre existence that you’re willing to scrape by with until you find out if you’ve been awarded tenure”.

People need to understand: You can play by all of the ‘rules’ for gaining tenure and still not get it.  You can influence the outcome by conforming to the expectations of your department and institution, but ultimately the decision is out of your control.  And the fact of the matter is, you may not even be alive by the time you’re considered for tenure.

Let’s pause and consider that.  You may not be alive in two, three, four or five years.

I don’t say this to be grim. It’s just reality. (Although, apparently it’s a reality that women consider more than men.)  And in the event that you are actually alive in a few years, your future quality of life depends on what you do now.  If you compromise your values and your health just to appease your discipline and institution, you may find yourself tenured, miserable and chronically ill.

Now, watcha gonna do with your tenure if you ain’t got no health, no peace of mind, no sense of purpose and no fulfillment?

These are all reasons why I advocate taking care of yourself – your whole self – now, rather than later.  Don’t wait for tenure (or a tenure track job . . . or promotion . . ) to focus on your well-being.  Get clear on your priorities, your principles, and take steps to bring your work into alignment with those values. Ideally, you find a happy medium between your authentic vision and the exigencies of the tenure process.  And if such a happy medium cannot be found, you exit stage left and find something better to do with your precious time and energy.

In other words: Do you, boo. 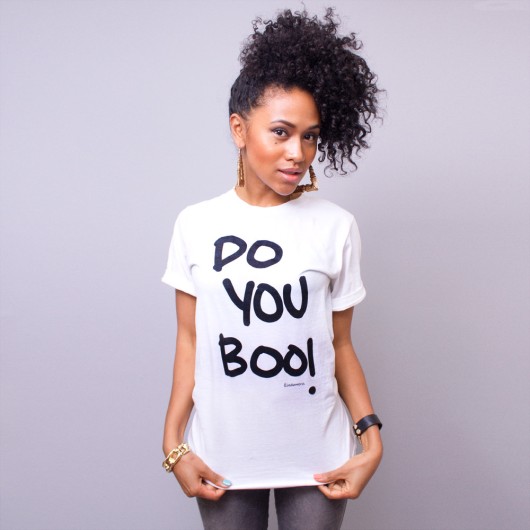 And if you get tenure in the process?  Fantastic!  If not?  Their loss.  Keep it moving.  It’s a big world out there and there’s plenty to be done.

42 thoughts on “Academia is Not a Meritocracy”